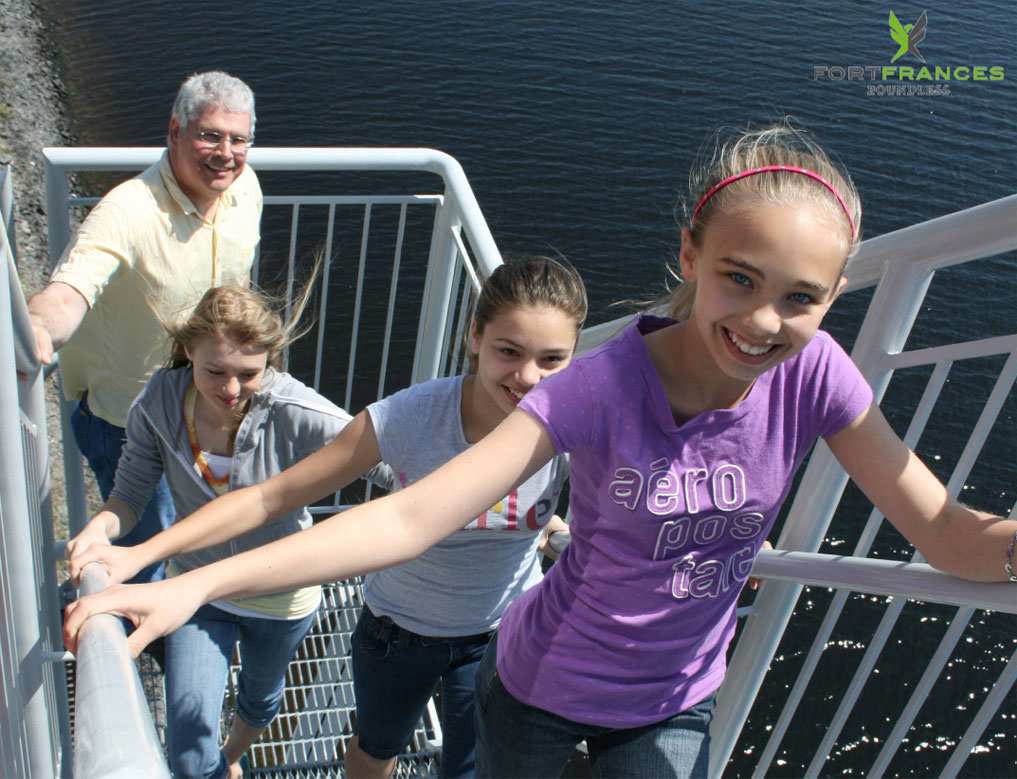 The Fort Frances Museum collects, preserves, researches, exhibits and interprets the artefacts that depict the story of man and nature as it relates to the history of Fort Frances and the surrounding Rainy River District.

The Hallett was the largest and most powerful boat on Rainy Lake. In 1983, the Hallett was placed at Point Park and in 2009 it was moved to its current location at the Sorting Gap Marina.

The 33 meter (100 foot) tower was originally a radar and lookout tower located near Atkikokan and was moved to Point Park in 1972 as a tourist attraction. In 2009 the tower was moved from Point Park to the Sorting Gap Marina.

The Rainy Lake Mermaid constructed in the 1930s out of steel rods, old boat propellers, and cement sits upon a rock in the middle of beautiful Rainy Lake.

The upper Rainy River has always provided a means for travel. Orginally used as a transportation system for saw logs to the mill, the walkway along the river is now an integral part of Fort Frances' waterfront, utilized by residents and tourists alike.

The Causeway was officially opened in 1965 providing a vital link to the east. The finished bridge is 3.5 miles long and 36 feet tall at it's highest point.